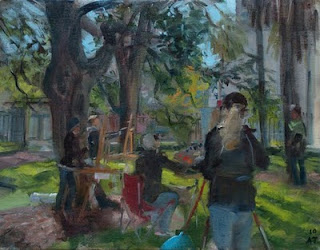 My plein air painting in the park, Woman Painting Women Painting Woman! Our model was artist Stanka Kordic, who volunteered to fill in for the model who cancelled and stoically posed in the cold, blustery weather.

This past week in Charleston, SC was amazing one, staying with 11 other artists (Alia El Bermani, Diane Feissel, Sadie Valeri, Catherine Prescott, Mia Bergeron, Linda Brandon, Stefani Tewes, Cindy Procious, Kate Stone, Rachel Constantine, and Terry Strickland) in a large beachfront house on Sullivan's Island. We were there to paint, get to know each other, be inspired by each other. . . and to attend the opening reception of the Women Painting Women show at the Robert Lange Studios in Charleston.

This show had its origins as a blog started by artist Sadie Valeri. Sadie had noticed that many major exhibitions, gallery shows and events featuring women as subject matter were painted overwhelmingly by men, so she began collecting images of women painted by women. High quality submissions began pouring in from all over the world, and the blog grew so rapidly that Sadie enlisted the help of fellow artists Alia El-Bermani and Diane Feissel to handle the postings. Some of the artists featured were represented by Robert Lange Studios, and it wasn't long before gallery owners Megan and Robert Lange had the idea of curating a show based on this theme.

Even though we knew the show had generated a lot of great press coverage, we were thrilled at the reaction of the people who were walking around the art district on the evening of the opening. I was with Linda Tracey Brandon when a woman told us, "Oh, you MUST see the Women Painting Women show--it brought tears to my eyes!" That was pretty much the general reaction, and it was like a huge groundswell of energy.

To read more about our adventure, check out Sadie Valeri's description. She says it a lot better than I possibly could. 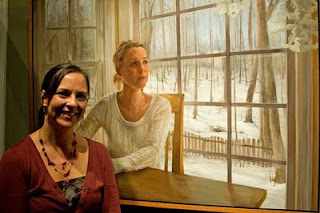 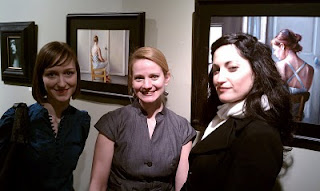 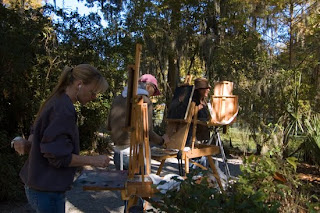 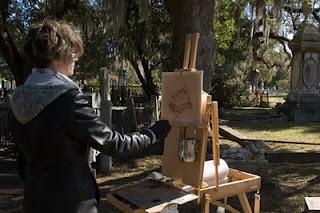 Cindy Procious at work in a Charleston cemetery. 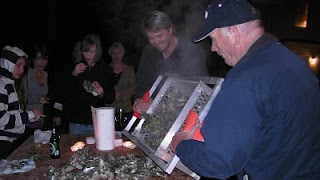 Oyster roast at the home of artist Shannon Runquist--an evening of wonderful hospitality and southern cuisine. 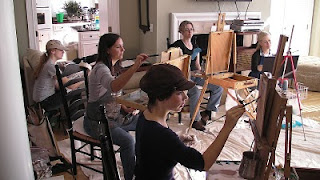 At our house on Sulivan's Island, painting from the model. 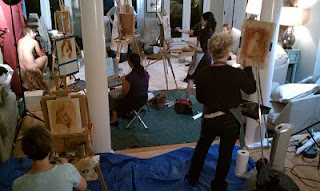 Posted by Alexandra Tyng at 9:44 AM