Saying Yes to Things that Make You Nervous

Those of you on my newsletter mailing list may have noticed that the link to my interview with Peter Trippi was broken. I often have bad luck with links, even when I cut and paste them.  But here, hopefully, is a functioning link to the interview.

I want to talk a little bit about anxiety, and doing things you're scared of. As a child, I was extremely shy. I could give you a long list of things that made me nervous and embarrassed. But after I started my adult life as an artist, someone gave me an extremely important piece of advice: "If someone asks you to do something you know is important for you to do, always say yes."

Saying "yes" doesn't mean saying, "Wellllll. . . I'm not sure. . . let me think about it. . . . okay, all right, I'll do it." It means saying "YES" without hesitation. With pleasure, even. And maybe adding, "Thank you, I'd be honored." If you break into a sweat and bite your nails and feel your stomach churn afterwards, that's fine. But you can't hesitate--that is, not if you want to go places and share experiences and meet people and live up to your potential as a human being.

I'm sure you've heard people say "fake it till you make it." Lots of people do just that without a problem. They start teaching a subject they know a little about, and they convince their students they know something, and before long they really do know something, and then they know quite a lot. Why? Because they learned through doing. They took the opportunity because it was too good to pass up, they acted confident, and that led to true confidence.

The truth is, I am actually incapable of faking knowledge. I would not want to bullshit my way through a subject relating to art. I'd much rather listen to and read about what other knowledgeable artists have to say, and think a long time, and try things for myself before coming out with any proclamations.  Once I form ideas, I can talk for hours on one subject which is unfortunate if you happen to be   listening. But public speaking is another matter. The words just dry up in my brain. In high school we had a public speaking class in which each student was handed a piece of paper with a topic written on it and, with no preparation, was required to stand up and talk on the topic for five minutes. When it came to my turn, I stood in front of the class, stared at the faces looking expectantly up at me, and broke into non-stop hysterical laughter for five long, long, long minutes.

One thing that helped me was a story my father told me about his first lecture. He had put all the slides in the projector right-side-up, so when they were projected on the screen they were upside-down. He was so undone he simply walked out of the lecture. But later on, he developed into a decent public speaker. The way he did this was to repeat his ideas to all his family members and friends ad infinitum. For instance, he would talk at the dinner table about "Silence and Light" because he was preparing to give a talk on it. I began to realize this was a good technique for me to use in preparing to talk publicly--but instead of making people listen to my practice sessions, I talk to myself in the mirror, or in my head while riding on the train.

So I apply the saying "fake it till you make it" not to knowledge, but to confidence itself. I have to fake confidence until, gradually, I gain it.

When Peter Trippi asked me if he could interview me for the Newington-Cropsey Cultural Studies Center series of artist audiocasts, I felt honored to be in the company of prominent artists who had been interviewed before, but I was also nervous. What if I became tongue-tied? What if I said something stupid? What if I started a long, rambling sentence and got lost in the twists and turns of grammar?

So I prepared for the interview by making a list of possible topics. Peter sent me some of his ideas. I went over my thoughts in my mind until I knew them thoroughly. And, as usually happens in life, the actual interview took on its own direction, and not only did it go well, but also it was fun. I have to add that Peter Trippi made it fun. He has a talent for engaging people and following promising lines of thought.

But this post is not just about an interview, but it's also about saying yes to anything that scares you. Remember, if someone asks you to do something like give a presentation, be on a panel, paint a portrait, teach a class, or give a workshop, they are asking you because they feel you can do it, and do it well. 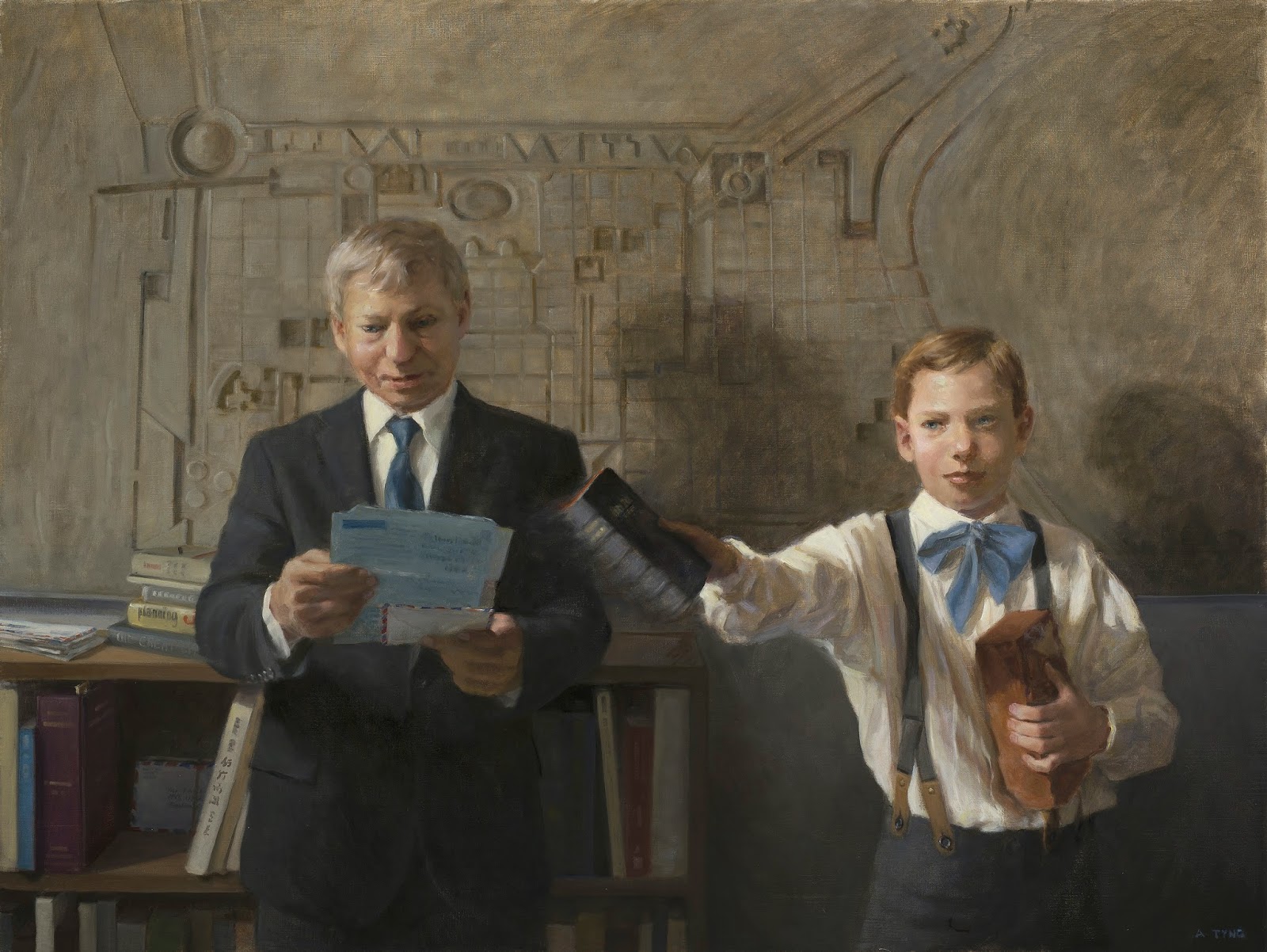