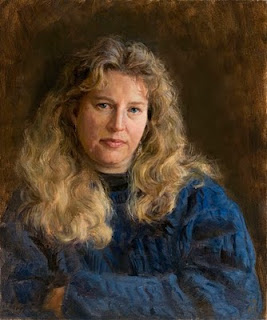 Every year the artist members of the Philadelphia Sketch Club have been showing their work at the Newman Gallery in Center City Philadelphia. It's going to be a fantastic show, judging by the artists who belong to the club, and I'm honored to be part of this exhibit! My portrait of fellow artist and Sketch Club member, Nancy Bea Miller, will be hanging in the Newman Gallery in the company of some wonderful work (including a painting by Nancy Bea herself). Other artists whose work will hang in the show include Garth Herrick and Joe Sweeney.

On the front page of Philadelphia's City and Suburban News is an article on the exhibition. Check it out here! 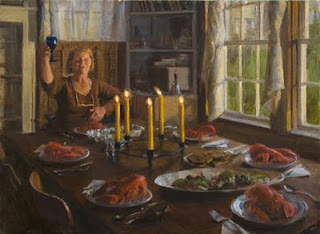 Arsenic Lobster--what a strange name for a poetry journal! It does catch one's attention, though. And it's filled with a variety of work by accomplished writers. I'm admiring of anyone who can write poetry since I'm hopelessly devoid of any talent in that direction.

The editor of the journal, Sue Yount, asked me some time ago if she could use my painting Toast to Lobsters on the cover, and of course I was delighted! Here's a link to the journal, in case you would like to purchase a copy of the spring 2010 issue (or any other issue for that matter).

I'm pleased to report that the original painting, which was hanging in the gWatson Gallery in Stonington, Maine, last summer, has been purchased by a private collector.
Posted by Alexandra Tyng at 12:11 PM

33rd Annual Juried Exhibition at the Salmagundi Club in NYC 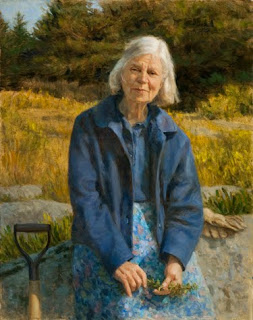 People have been telling me for years that I should enter a juried show at the Salmagundi Club in New York. And I kept saying, "Okay, I will," but for some reason the deadline would pass by and I would tell myself I would have to remember to enter next year. This year I decided the procrastination had gone on for too long, so I did enter. To my surprise, my portrait of Harriet Pattison was accepted.

Juried shows would make an interesting study. Everyone says "It's a crapshoot" whether you get in or not. The decision rests in the hands of a few jurors who are human and have human preferences, though they try to be fair. (I know; i've been in that position myself.) I've been rejected many times from shows, and the rejection letter or email always says something about how they received a huge number of entries and how difficult it was to choose. Because of these factors, we artists know we shouldn't be too disappointed if we don't get in. I've been entering shows for several years now, but I can't avoid being disappointed, even angry and frustrated, when I don't make the cut. Conversely, each time my work gets in I'm so thrilled I feel like jumping up and down.

Anyway, I'm very happy that my portrait of Harriet will grace the walls of the Salmagundi this summer! For those who find themselves in Manhatten, Here are the show details: