What Does "Self-Taught" Mean, Anyway? 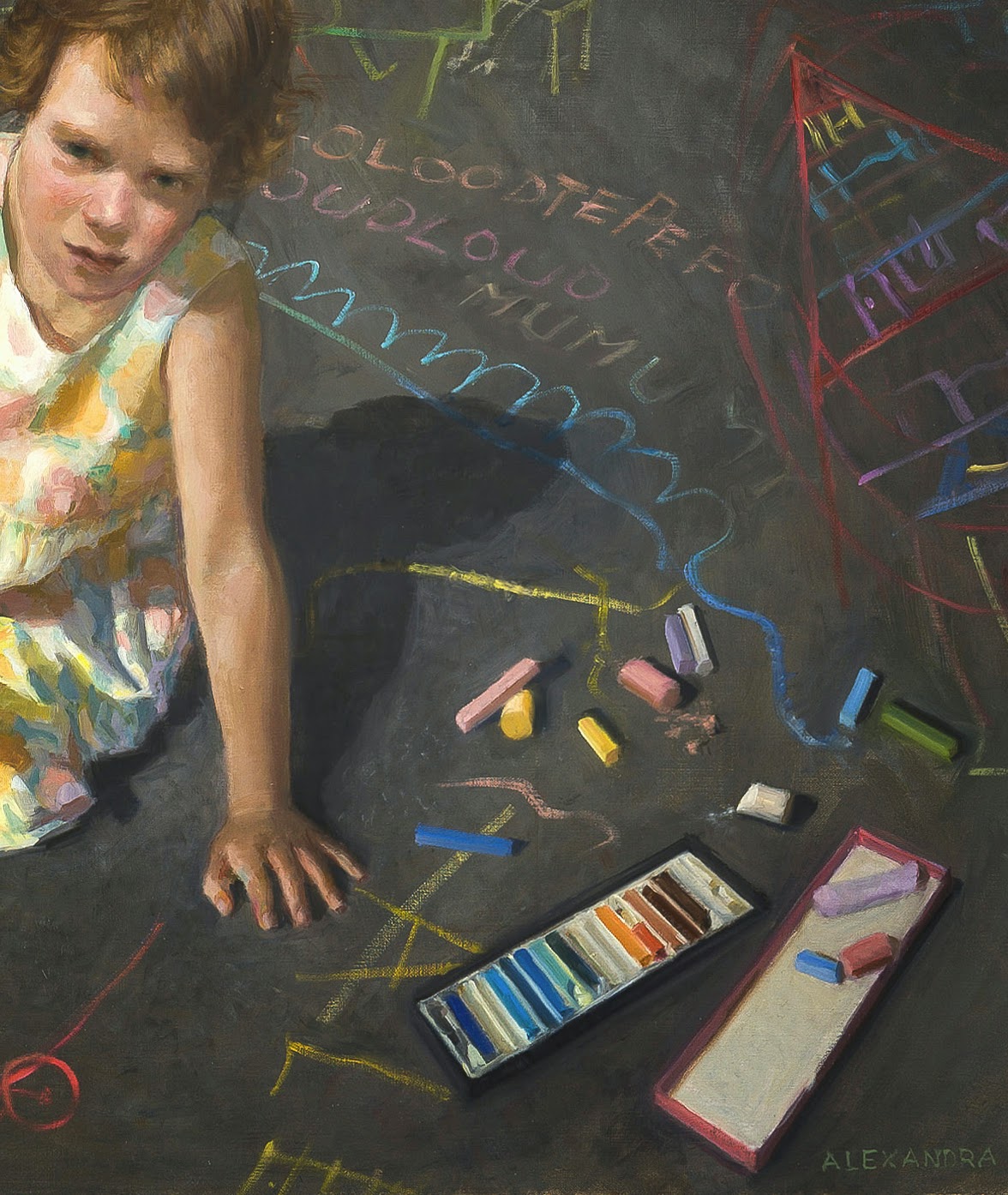 I always understood the term self-taught to mean, simply, that you had no formal art education. It does not mean that you've never been inspired or influenced by anyone, or that you didn't learn something from studying the work of another artist.

I don't exactly enjoy saying, “I’m a self-taught artist,” but I don't try to hide it, either. When I went to college there were no schools (at least none that I ever heard of) where an aspiring artist could learn traditional methods, so I had to pick them up myself as best I could. I'm sure many artists of a certain age range were in the same boat as I. When I say that I'm self-taught, it's only in response to the question, "Where did you go to art school?" I don't go around bragging because I don't see it as a bragging point. Someone actually accused me online of bragging about it and/or lying about it after I admitted I was self-taught in a podcast interview.

I'm thrilled that so many ateliers have been established because now artists can get the kind of training I craved. However, the emphasis that is put on what atelier you went to, who you studied with, etc. today can have its drawbacks. There are galleries who use this as a selling point and don't want anything to do with artists who were not atelier trained because it helps them sell work to say it. There are artists who will snub you, criticize your work, and exclude you from shows of realist art because you are not formally trained, i.e. you are not "one of them." That's a pity because what the “Realist Movement” needs are more inclusive shows and a greater variety of galleries that show representational art.

Obfuscation abounds in the art world. There are artists who will let you believe they work only from life when they actually use photographic references. (I don’t have a problem with that myself and I often use them.) There are artists who say they studied with a long list of people without making a clear distinction between a short-term workshop and long-term intensive instruction. Whatever shortcomings I have, and I’m sure I have quite a few, at least I can say I don’t misrepresent myself. To be a good teacher it is important to reveal your process. To be a good example you need to be truthful. And to be honest with your collectors you need to let them know your background. When all is said and done, the artist’s work transcends the process and has a voice of its own.
Posted by Alexandra Tyng at 12:00 PM

Wow Alexandra. I could not agree more. Brava for saying this!

You make some excellent points!

I claim that I'm self taught despite having a BA Fine Art. At the end of the day it's the art that matters not the circle of art school mates, after all most, as in 98% will bite the art history dust anyway. Do the art, stuff whatever anyone else says, thinks, or is taught to say differently

I like your honesty and agree with your points I to would be classed as self taught but I think we need to define what that means.I for one have never gone to an art school /artelier or University but does that make me self taught.I have watched loads of demos of artists on You tube and visited many art galleries these all inspire me to try to attain the skills I see I watch manufacturers information videos and read books This all informs my work so can I say I am self taught I am not sure My knowledge comes from fellow artists who I admire and my own view of what I am doing
I see your point and agree begrudgingly but my heart tells me that I am following a well trodden path that others have walked along before me so I feel that I am learning from them. Perhaps we should say we have no formal artistic training but have gained from the experience of others.

PEG, I understand your reluctance to say you are self-taught. When I started out as an artist the definition was quite clear: the term meant "no formal training." Now it seems the definition is changing. It is assumed that if we say we are "self-taught" we are claiming we learned in a vacuum with no outside influences, and we get mud slung at us for saying it. So to avoid being misunderstood I no longer use that terminology.

You should be very proud to be "Self Taught" and you are very correct that is doesn't mean never looking outside one's self. I taught oil painting, drawing and various art history courses at the college level for over 20 years. I ALWAYS learned from my students. I loved watching them discover and also treat subject/ideas very differently than I. It informed my work as a painter.

Whenever I meet accomplished "self taught" artists, I find that some are self deprecating because of that distinction. Recently one told me I was a real artist while she was not. It's awkward, I felt embarrassed for her because her defensiveness was not necessary with me and she didn't give me a chance to discover who I am. Her work is wonderful and I have told her that.

Remember, people are people, and I worked hard to achieve my art degreeS but I respect someone who worked even harder, many self taught artists surpass me in the studio and in gallery sales. Just saying. You KNOW your work is STRONG, so heads up. :D

Thank you, MsMaine, for your generous words. I look around me at all the amazing art being done by friends and acquaintances, and I am in awe of their abilities and their achievements. I'm pretty humbled by it, actually! Maybe I'm taking liberties with what you say, but I hear in your words a respect for all artists who work hard to achieve mastery, whether they followed a formal course of study or whether they cobbled together their own course of study.

Great explanation. I've had the opportunity to study with some great artists, but I believe that in the end, we artists take what we've learned from others and then teach ourselves how to paint the way we want, and therefore are self-taught on some level.. You obviously know how to paint! And, because you took the time to self-educate, you saved a heck of a lot of money. Love this post!